The flames which have been consuming Australia for months, have razed homes and wiped out entire towns. Since the start of the 2019 fire season, a staggering 10 million hectares have been burned across the country. For comparison, the California fires of 2018 claimed about 800,000 hectares.

About half a billion animals have suffered from the blaze in the New South Wales state alone, with millions potentially dead, according to ecologists at the University of Sydney. These numbers include birds, reptiles, and mammals, except bats. Insects and frogs are also excluded from the list, meaning the true number is much higher.

However, like Josef Stalin once said, “The death of one … is a tragedy. The death of millions is a statistic.” So, to help you comprehend the devastating destruction of the bushfires, here is a list of before-and-after photos from the affected areas. 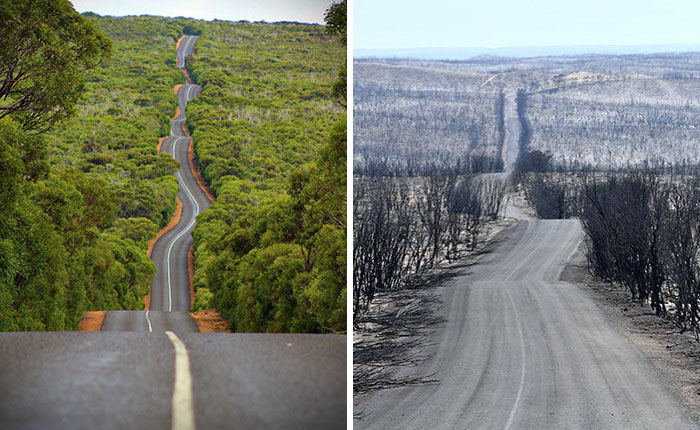 2 Tathra Beach, Nsw In Australia Before And After The Smoke And Ash From Surrounding Fires Arrived. The Black Debris In The Bottom Photo Is Charred Wood And Ash Washed Up On The Shore 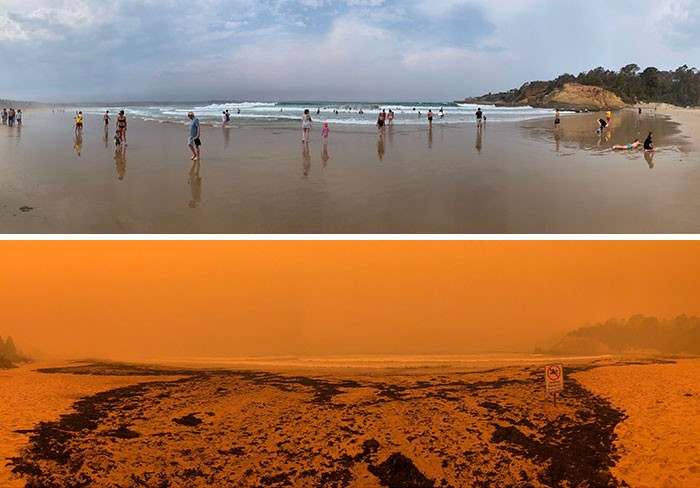 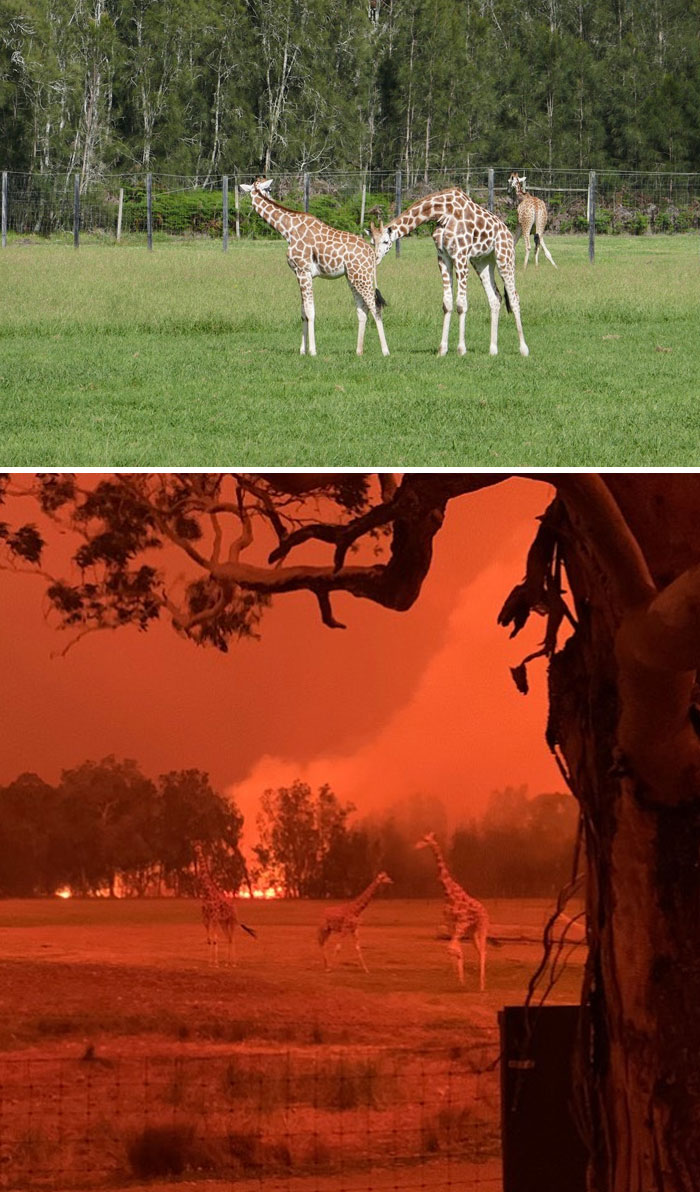 5 2 Hours Before vs. 3 Days After. This Is The Devastation Left By The Fires In Sarsfield, Victoria. Still Can’t Believe The House Still Stands 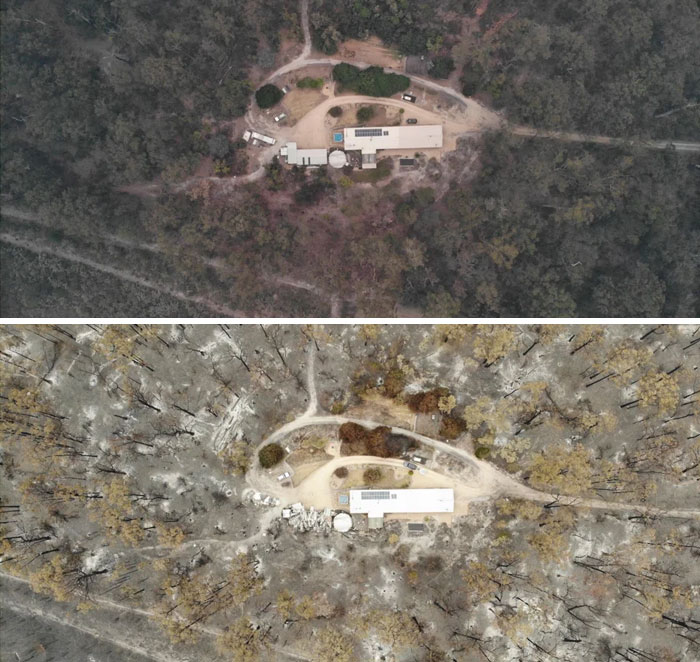 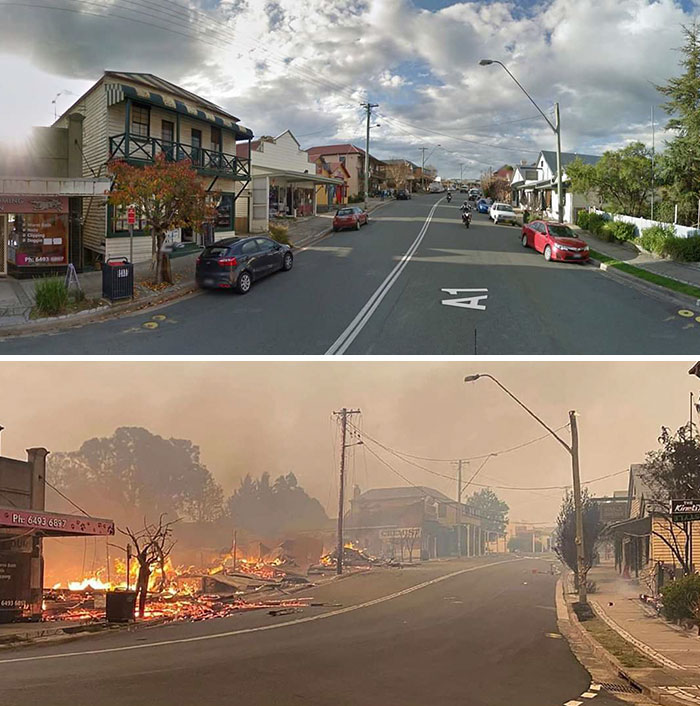 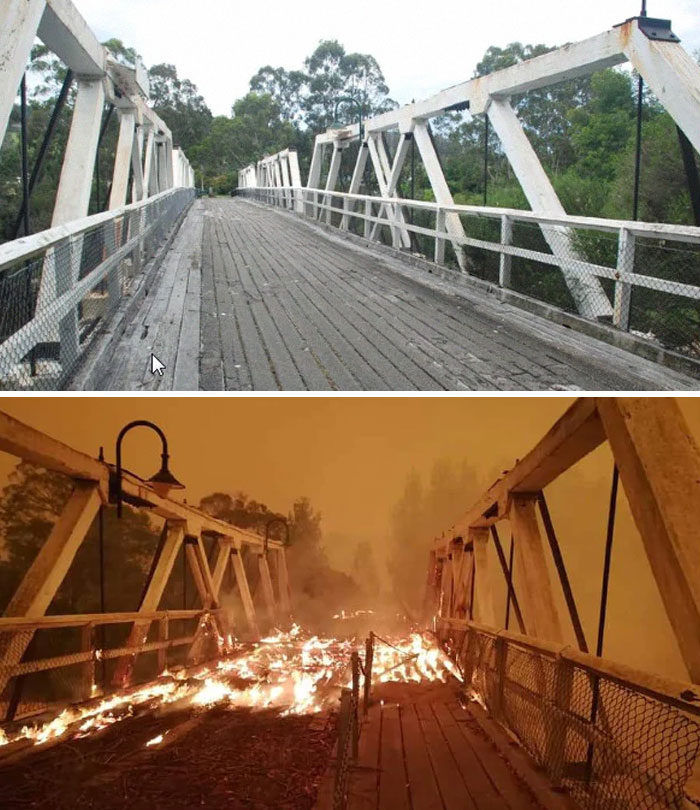 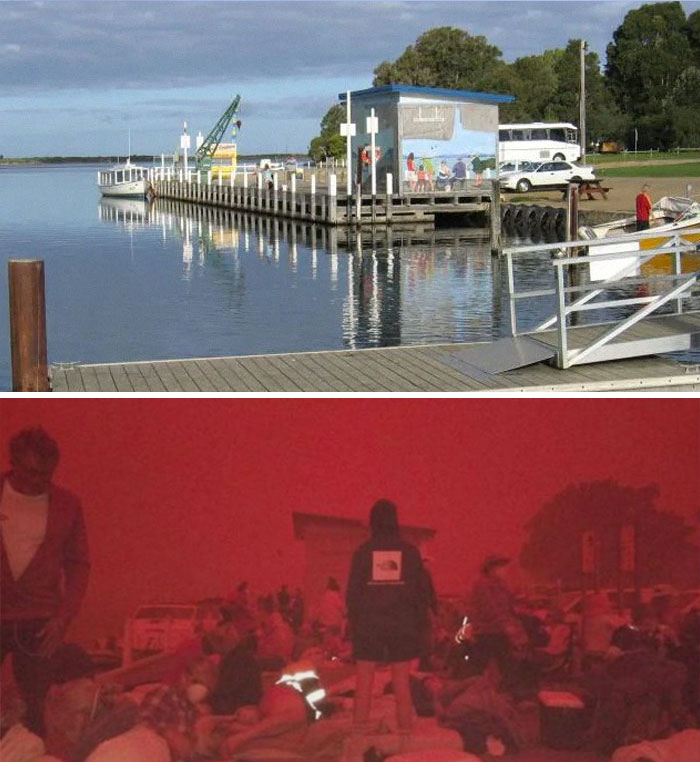 9 Wildlife Sanctuary In Canberra, Au Before And After Fire

10 Before And After For One Australian Family 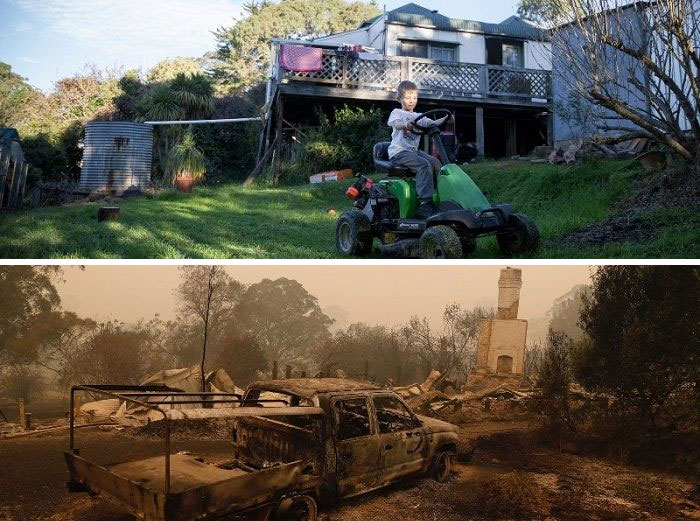 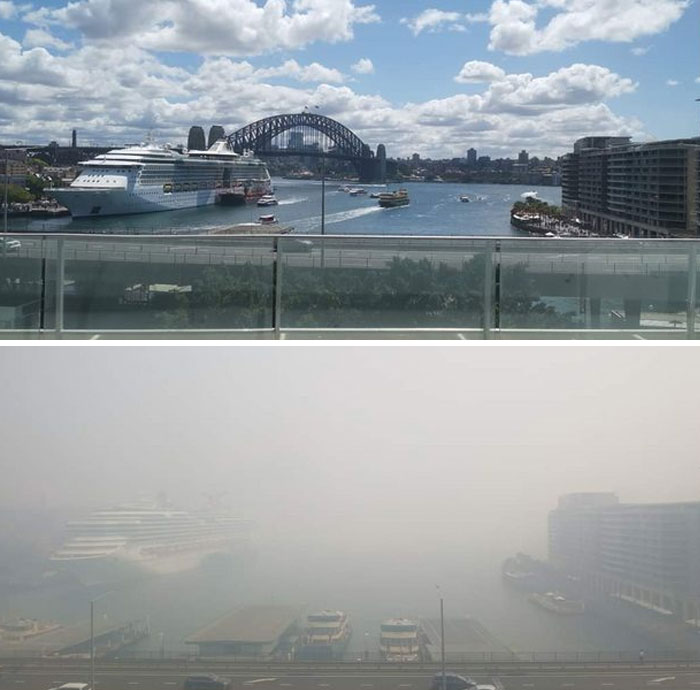 12 Australia’s Smoke From The Bush Fires Means You Can’t See Mt Cook In New Zealand. Look At The Before And After Pictures 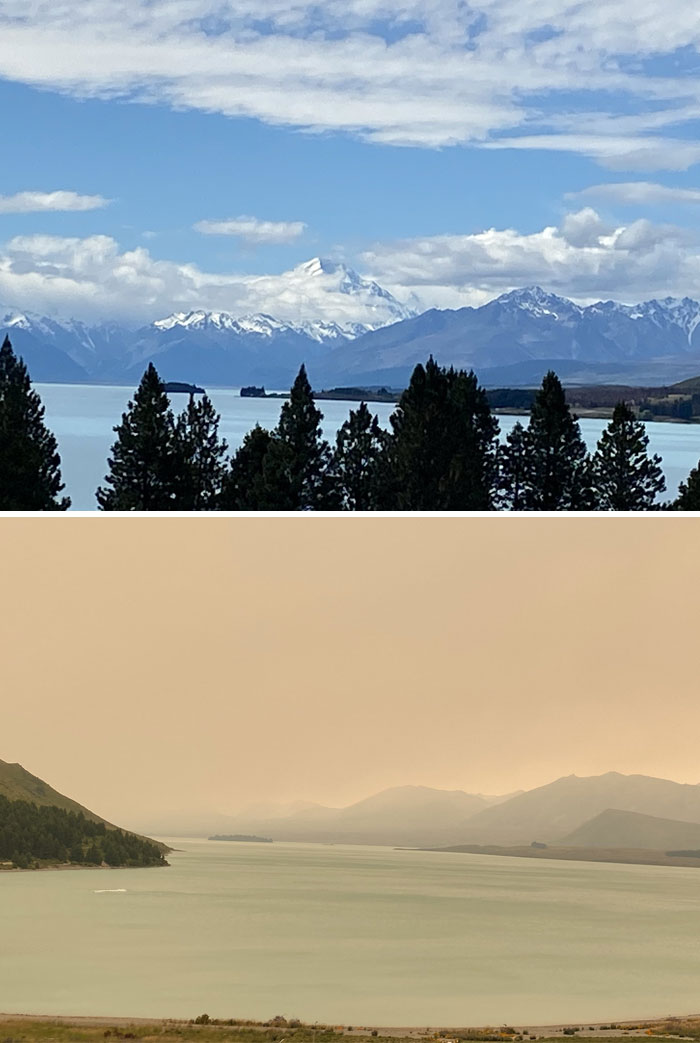 13 This Is Cobargo, Before And After Today. This Is… Unbelievable 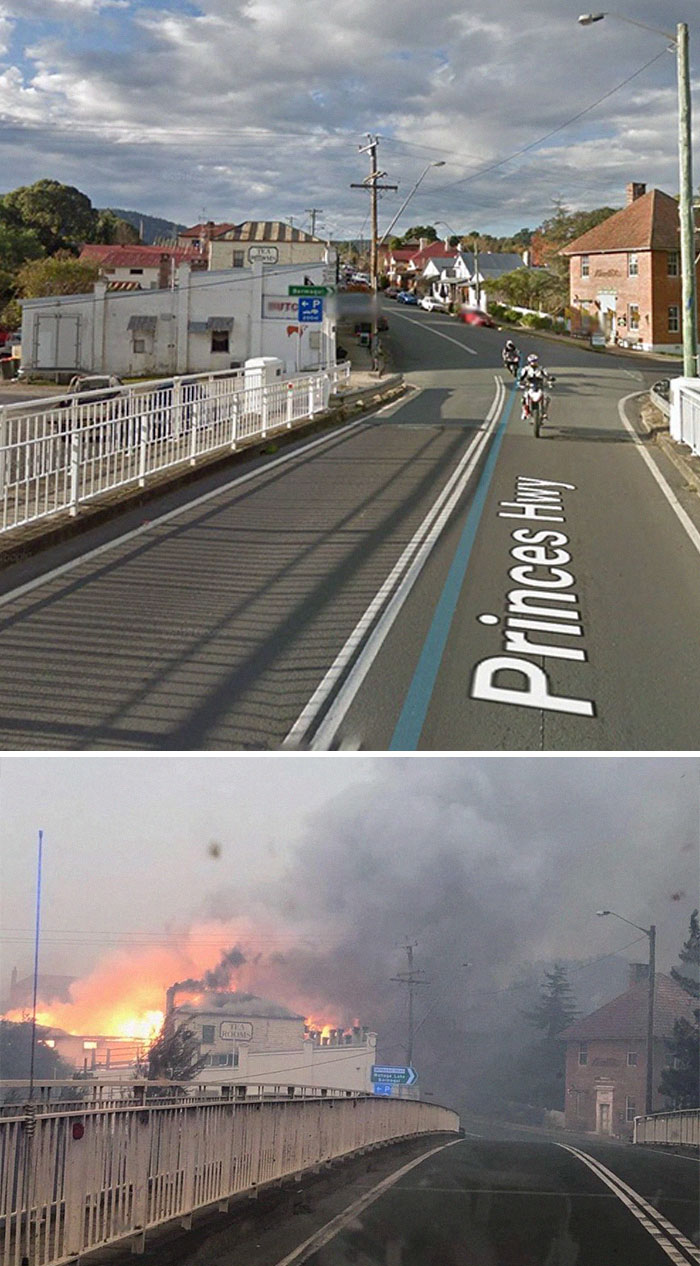 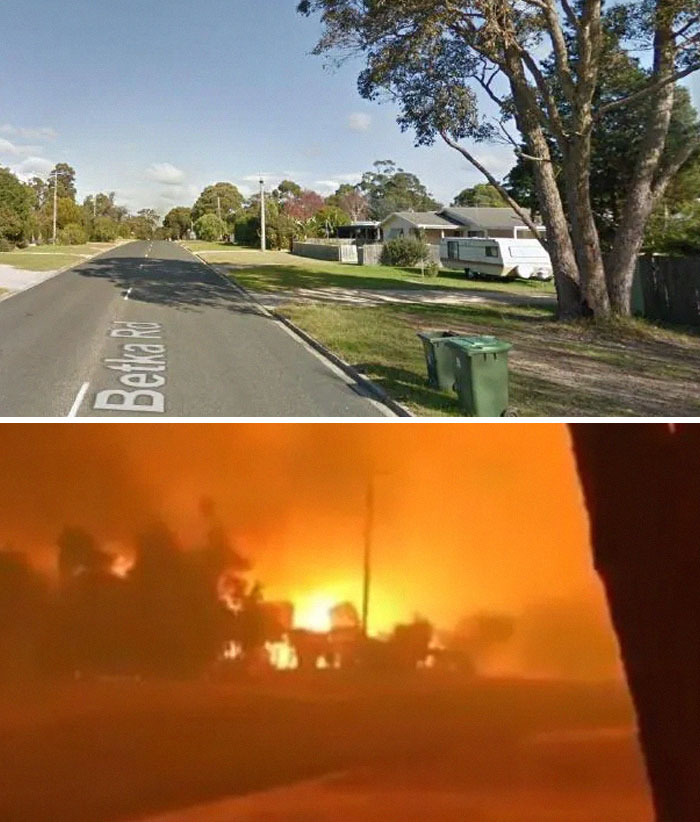 15 The Scenic Town Of Mallacoota 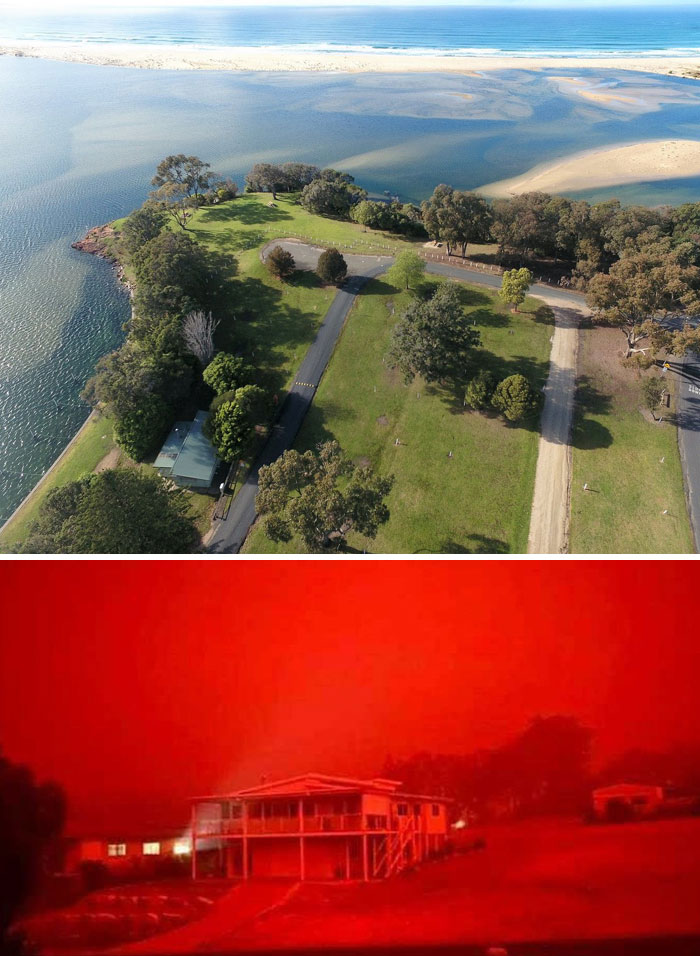 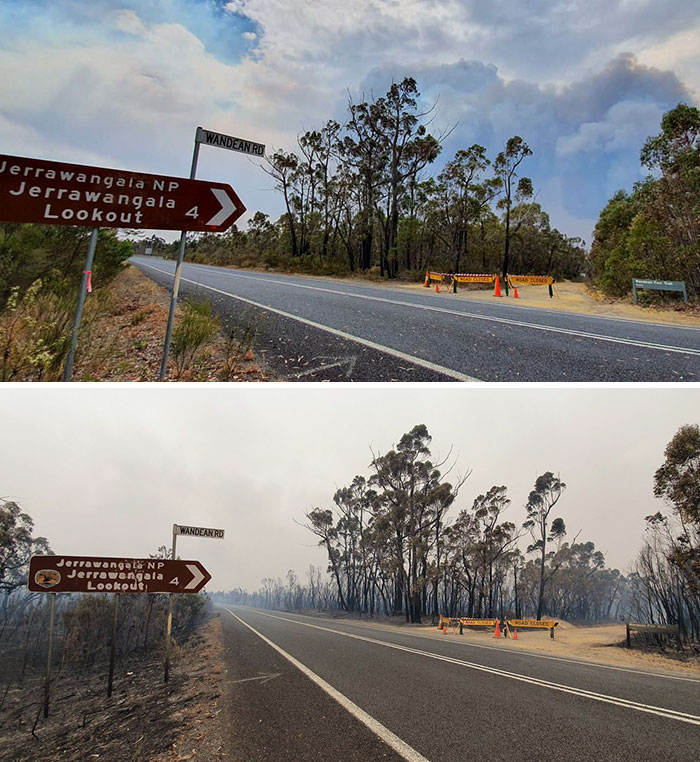 17 This Is The View Today Compared To The Same Time Last Year Where We’re Staying In Merimbula With Our In-Laws For Our Summer Holiday. We Can Hear Firefighting Helicopters Landing At The Airport Below But Cannot See A Thing 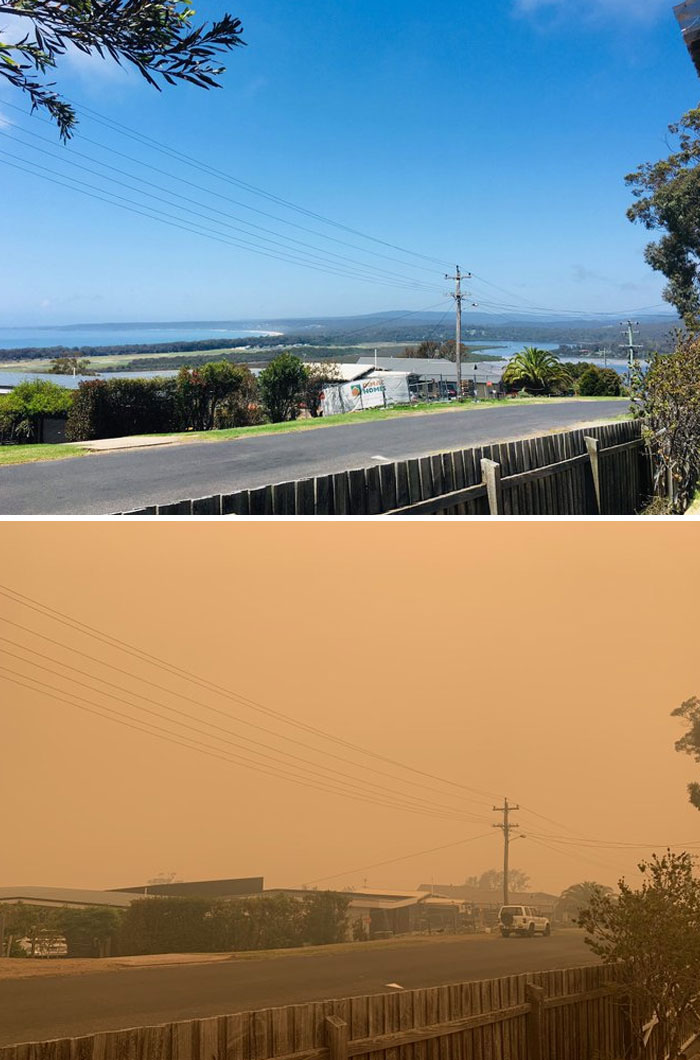 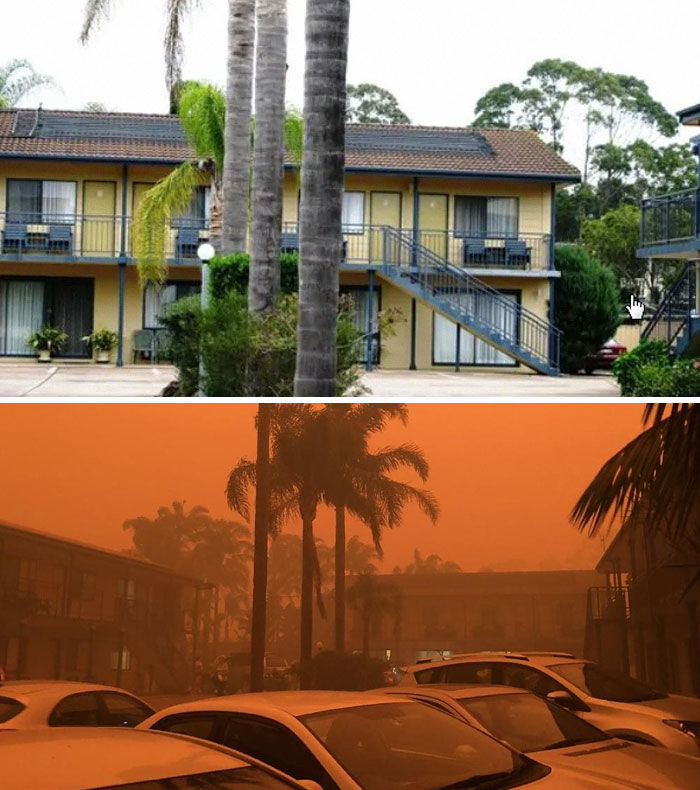