The transition from summer into the colder months brings with it many unpleasant changes: prolonged darkness, frigid temperatures and a woeful lack of ice cream vans, to name a few. However, for all of autumn/winter’s glaring faults, it does boast one redeeming feature. It equips you with a bombproof excuse to treat yourself to some new, seasonally-appropriate stompers. New shoes are usually an expensive purchase, so to make sure you part with money in all the right places, we’ve handpicked seven footwear trends worth dipping your toes into this season.

Even if you’re only en route to the office, there’s something oddly reassuring about knowing that if you did happen to find yourself halfway up K2 after a wrong turn at the coffee shop, your footwear would be up to the challenge. Fortunately, it’s a sense of security that the trend for luxury hikers delivers by the boot-load. “Very much a solid investment, other than looking good, hiking boots blend nicely into a city commute,” says stylist and personal shopper Daniel Johnson. “They’re a much more suitable replacement to wellington boots and don’t blur the style as much between town and country.”

Styling something as bulky as a hiking boot needn’t be an uphill struggle. Simply steer clear of skinny jeans to avoid looking out of proportion and keep things layered up top. It’s also worth learning more towards a wool blouson than a technical jacket, unless you want to end up fully looking like you’re training for the Three Peaks Challenge. 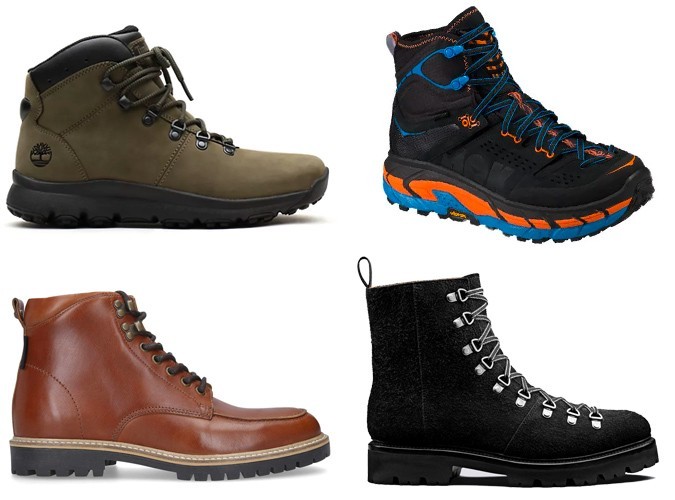 From the extinction rebellion protests to the rise in clothing rental services, the desire to buy-less, buy-better has created a resurgence for heritage shoemakers with centuries of craftsmanship behind them.

“There is an overall trend toward sustainability and authenticity,” says Daniel Willis, a footwear designer at John Lewis. “Consumers are looking for a more considered approach to what they buy: less fast fashion, more product with purpose.”

As well as classic silhouettes updated with natural materials such as vegetable-tanned leather and natural crepe soles, longevity is key. “[People want] repairable constructions such as a Goodyear welt which means soles can be replaced. We are also using long-lasting Vibram soles where we can which are pretty much the best you can get.” 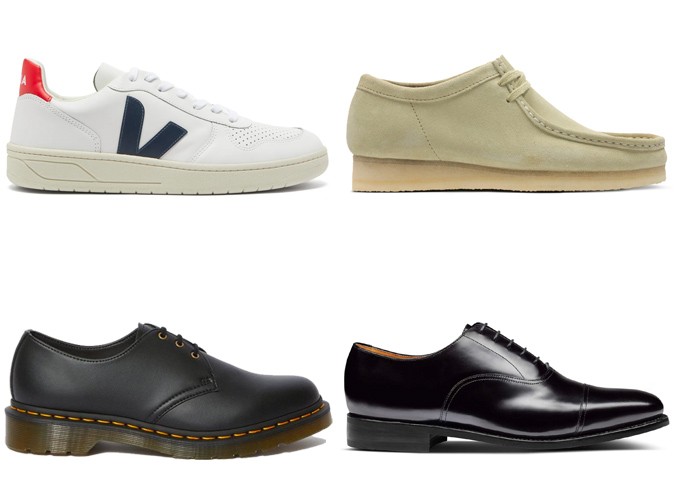 Just as cinema-goers yearned for new dimensions, 3D technology has been quietly revolutionising the footwear game. When we say 3D footwear, we mean shoes with elements that have been digitally printed, primarily the sole for improved cushioning. “Advances in technology are seeing brands looking for ways to utilise these innovative production processes to create a newness that pushes the boundaries of current footwear design,” says John Brotherhood, head of buying at Footpatrol.

Adidas has long taken the lead in the field, releasing the first mass-market 3D printed shoe in 2018. But on their heels is the likes of Stella McCartney and New Balance. It’s taken a while to get to this point, but now it’s here, 3D looks set to stay. 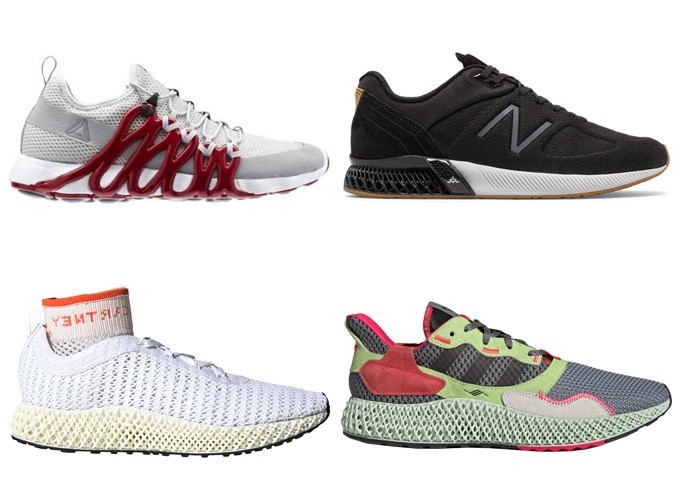 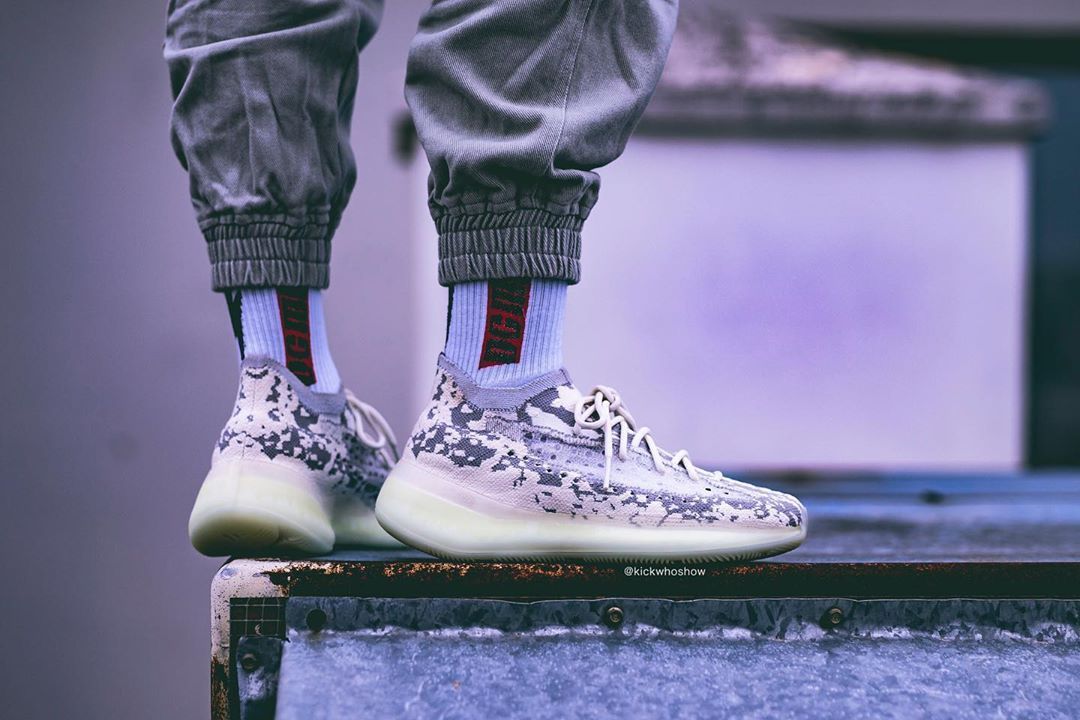 Remember a few years back when every designer and their dog was attaching brightly-coloured Vibram sole units to Oxford shoes? While we’re keen not to see that happen again, this updated and thankfully subtler reinterpretation of that trend is something you should be paying attention to.

“Chunky footwear has had a resurgence as we know, but super thick-soled sneakers like the Yeezy V3 are going to bang-on-trend this season,” says Ridwane Ettoubi, founder of London sneaker store, Presented By. “The more outdoors and robust look is something that’s been slowly growing across the fashion world, and now it’s finally seeped into streetwear.” It’s not just sneakers that have taken on the chunky sole either. Prepare to see classic silhouettes take on more dominating soles as well, from hefty cleat soles on leather loafers to Chelsea boots with welly-like grips underfoot. The futures bright, the futures chunky. 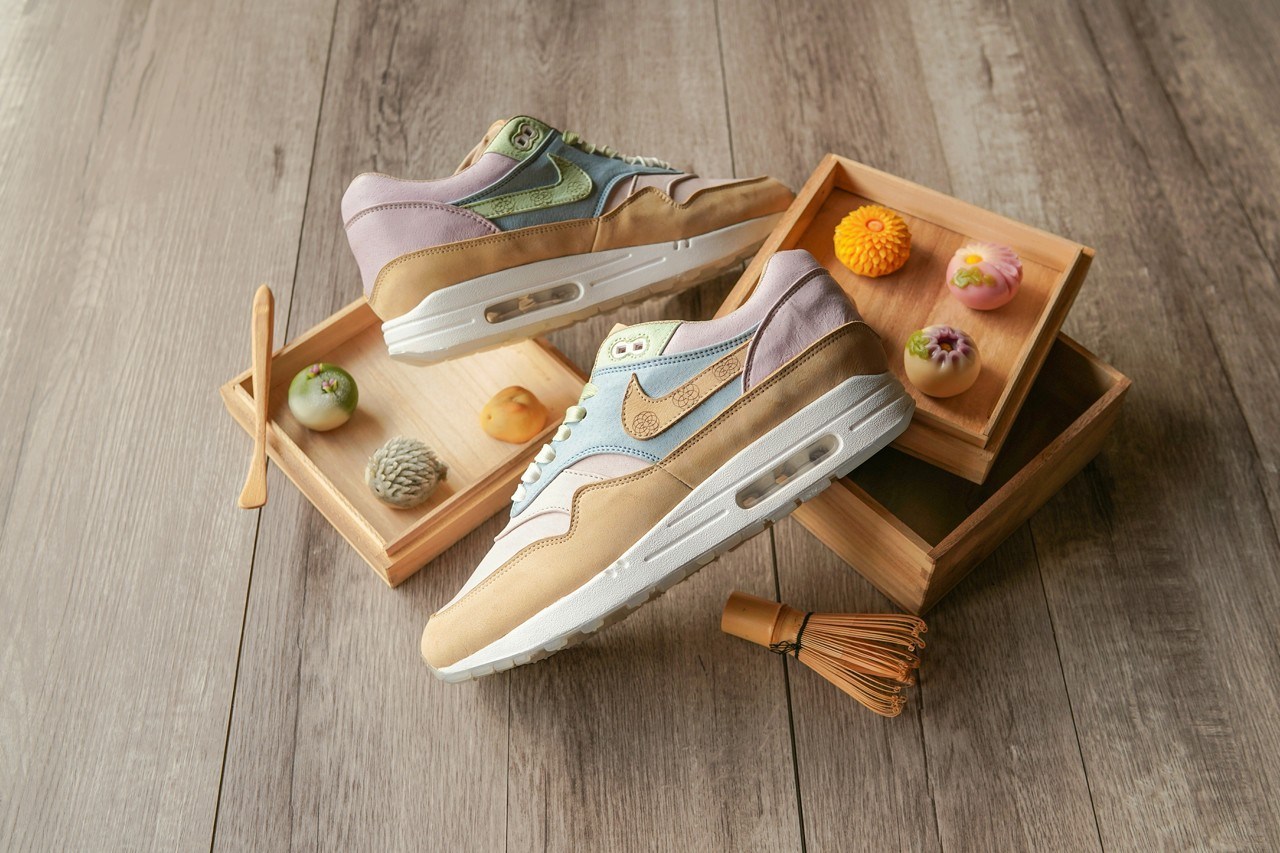 A mangy, old patchwork blanket might not be the most obvious place to look for style inspiration. But looking at this season’s hottest sneakers, you can’t deny the results. “Patchwork or panelled sneakers will go mad this season,” says Ettoubi. “It’s experimental, it’s different, and it looks cool. That’s what people are into now, something different.”

Brands have also started adding a touch of DIY to the trend with the addition of velcro patches so that you can customise your sneakers at your own will. 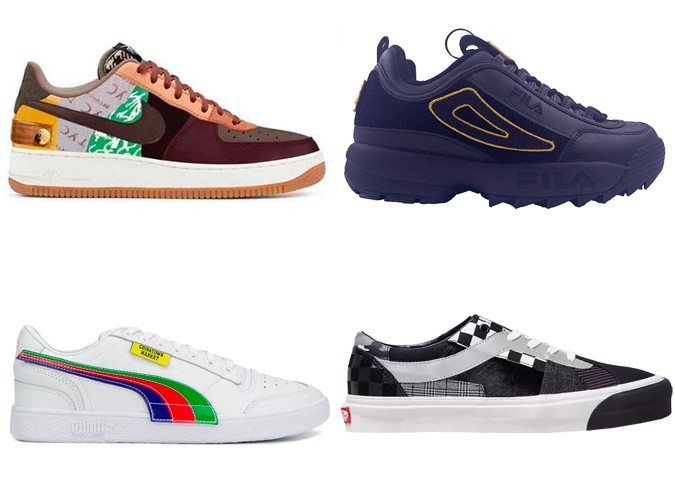 Retro Runners With A Twist

Previously, the words ‘running shoe‘ and ‘twist’ only went together when having to explain to your sponsored charity why you’re pulling out of a marathon. But that’s not the case for this season. There’s a renewed interest in old-school sporty styles that look just as comfortable on the catwalk as they would have done in the 1981 Great North Run. “This trend has been going from strength to strength over the past couple of seasons, with brands referencing traditional performance footwear and updating it with new materials,” says Selfridges buying manager Richard Jones. “With new technology frequently hitting the market and new styles quickly reaching cult status, I predict this trend to stick around for a while.”

Provided you buy a pair in a muted colourway, it’s more of a challenge to find clothes that don’t work with the throwback shape than ones that do. If you’re struggling for style inspiration, a pair of cuffed selvedge jeans, grey crew neck sweatshirt and dad cap will always be a winning, everyday combo. 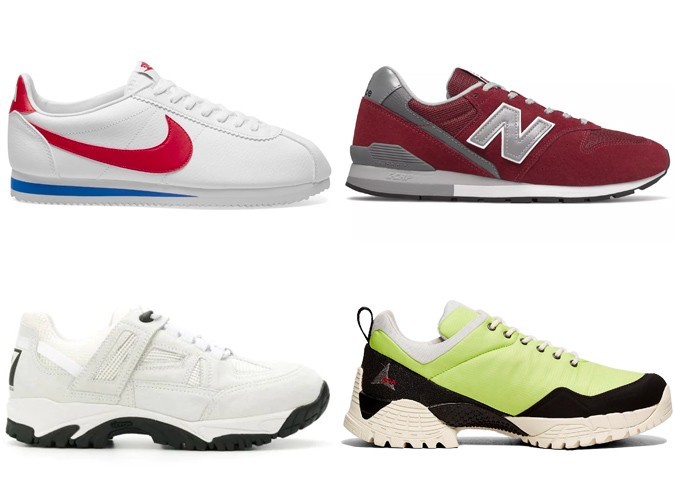 Despite stiff resistance from roll neck-wearing, Northern European social media influencers, minimalism has been overthrown. Sleek leather sneakers are out and in are earth-rattling models bringing post-meltdown Britney Spears-style shoes back into the spotlight. “The trend for bulky kicks isn’t going anywhere, says Harriet Byczok, a stylist who has dressed A-list celebrities for everything from magazine covers to red carpet events. “Some of the wackier colourways can look a bit try-hard, but opting for a box-fresh white pair will allow the shape to do the talking.” 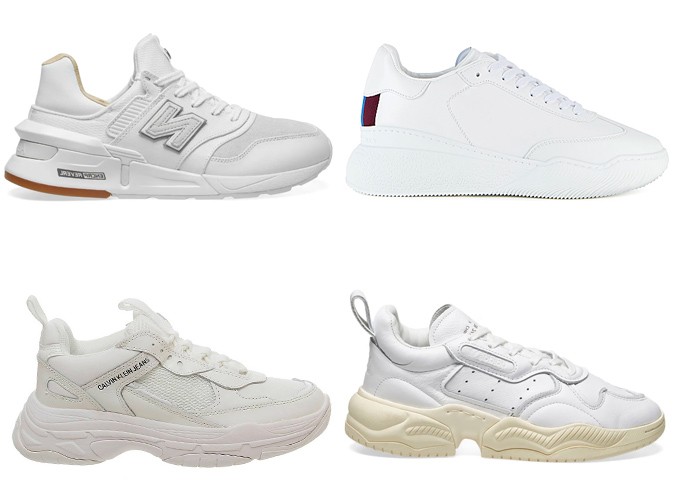